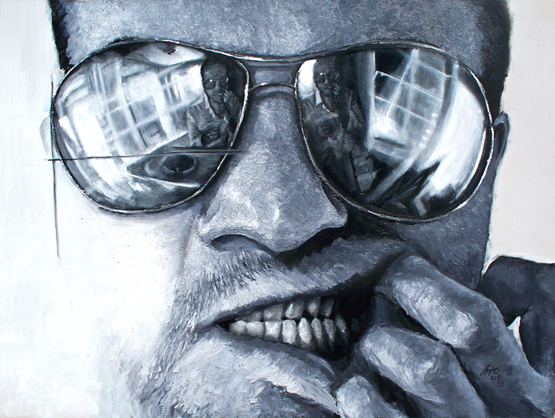 It starts with a brief history on printmaking.  Woodcuts, Engraving and Etching have been used by artists to reproduce drawings and images since the 15th century.  However the plates which were used in these processes were often worn down over time, which is why each new duplicated series would have very slight differences in the image.  The results of this were the earlier the series, the closer to the original plate, and in turn the more the edition is worth.


By the 20th century artists could have their original paintings recreated into prints, bringing fine art into the commercial age.  Andy Warhol was probably the most famous to take advantage of this new time, but there was a catch.  Artists had to order a large quantity of each painting from the printer at one time, which is why the “numbered series” became the common practice.  This also left many emerging and smaller named artists unable to have their work reproduced.  Fortunately today this is no longer the case, and for many has rendered the “numbered Series” obsolete.
​

This is why I now produce prints of my original paintings in small series based on individual shows.  Each edition of my prints includes a minuscule change to the image.  This change is unobtrusive and unnoticeable to the eye, except when carefully examined next to a duplicated print of a different series. This is to make each edition of the image more rare, identifiable and very limited.  They are all marked by the year printed and watermarked, so that counterfeit prints can never pass for the real series in the future.  My prints are produced on Metallic photo paper, which captures my techniques and likeness of my original paintings, and all are signed by my own hand of course.  This allows everybody an opportunity to become a collector of my art, as even the least expensive of my prints is still very rare and limited.